Fun show at Quinn’s, Beacon, NY last night. Yours truly on bass for Ruby Rae. The venue is worth checking out if you are in the area. The show ran late so I stayed in a nearby hotel which always makes me feel like I’m on vacation even though I’m working. I played without my lucky bandana wrapped around the headstock and the world didn’t end. I guess I’ll have to revisit some of my core beliefs and drop this silly superstition.

We played The Bitter End for the first time on Friday. It was a fun show at a historic venue I’ve always wanted to play. I’ve played there before as part of someone else’s band, but it was nice to perform as Supersmall. We were joined on stage by David Humphrey on saxophone and Ruby Rae on backing vocals to fill out our sound.

We also set out our first merch table…yes, Supersmall is now for sale. 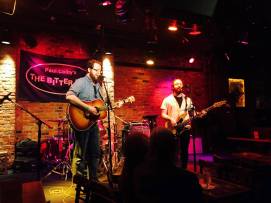 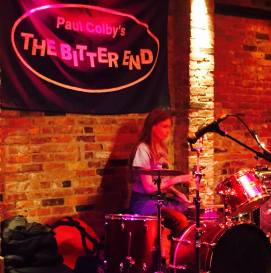 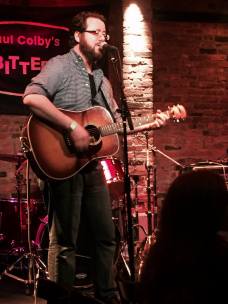 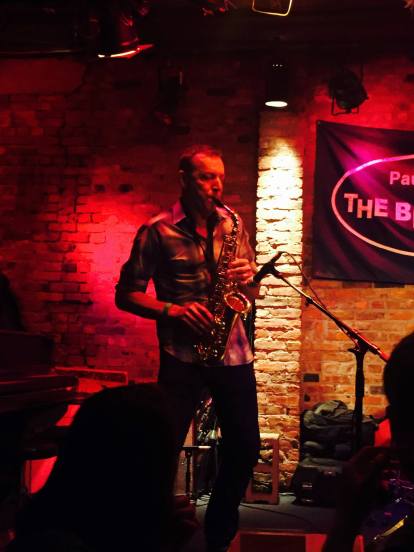 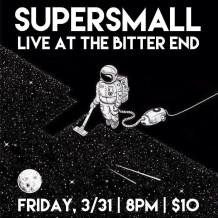 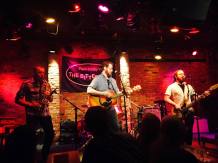 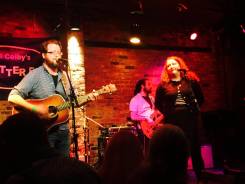 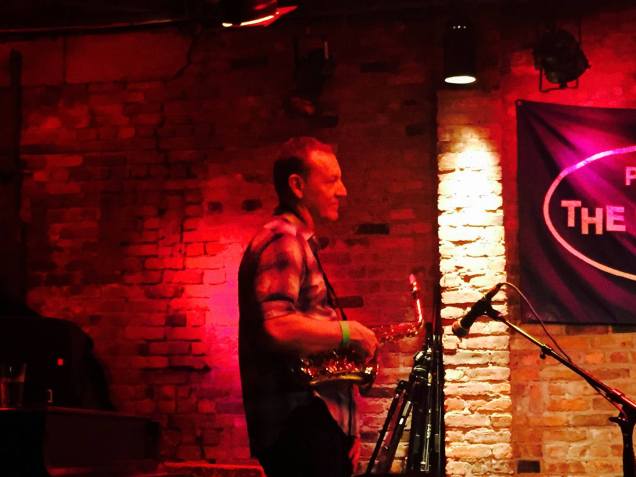 Wonderful new logos for Supermall by the even wonderfuller (yes, that is a word, one I just made up) Katherine Hardy. Coming to a merch table soon.

Well that was a fun show . We’re back after many months with a full band thanks to the super-skills of New York native, Al Hoberman. We even got a little write-up on the front page of The Deli Magazine!!

Be sure to check out our schedule for all upcoming shows, adventures and whatnot. 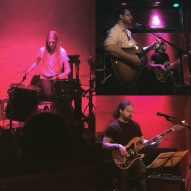 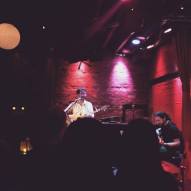 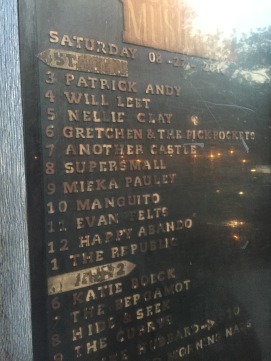 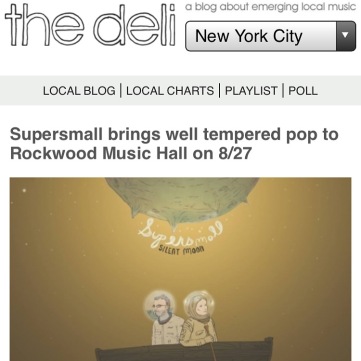 I performed at the Gowanus Souvenir Store last night along with the talented Ruby Rae as part of their first ever acoustic night. It was a lot of fun as was the post-show drinks & BBQ.

Yesterday I played a real fun gig at HiFi Records & Cafe as part of their one year anniversary celebrations. It was also a true celebration of all things local. (Damn fine) Beer was provided by Singlecut Brewery, wine by Crescent Wines & Spirits, all the food by Albas Pizza and The V Spot Latin Organic Restaurant and of course the music was by a bunch of local artists such as myself.

I can’t speak more highly of the small artist community that is centered around this incredible store and the support we all have had by the owner Javi. I have both albums on the shelves and it’s a buzz to see people buy it after an in-store show.

Sickwalt closed out the festivities with a high energy show. These guys are amazing and some real characters. I never try to describe other people’s music so all I can say is to go check them out. 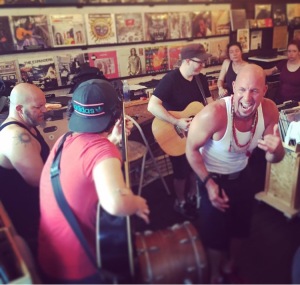 Go check out the Supersmall calendar – cool stuff coming up!

I had the opportunity to record a story for this wonderful podcast recently. It’s produced by the impeccable host  Julie Threlkeld at her studio in Westchester, NY. She works really hard on these and I suggest paying a visit to the Modern Stories Mix website and making a small donation so she can continue with her awesome work. Supersmall‘s music was used in it which was fun to hear. To listen, click HERE or on the image below.

Modern Stories Mix features Colin Dempsey, an Irish singer-songwriter, writer and storyteller based in New York City. He’s a cheerful presence at every show he’s in. Colin is also the singer and guitarist for the indie-rock duo Supersmall. Their debut album, Silent Moon, was recently released to positive reviews and is available everywhere.

Colin’s story, “Worse for Wear,” was recorded in the Modern Stories Studio in Westchester, NY and produced by Julie Threlkeld. Intro and in-story music includes “Take a Day Off (Instrumental)” by Supersmall and “Spaghetti Western” by Stickfigure. The outro music, “A Better Life,” is also Supersmall. This episode’s a Supersmallorama, because I think Supersmall is super.