Kevin Draine (The Bitter Poet) producer of NYsolo6 and Ronnie Wheeler (Red Gretchen) created a fun show at The Sidewalk Cafe on Wednesday night. I’ve been performing as part of NYsolo6 for almost a year now as pert of their permanent lineup. Last Wednesday they booked out the Side Walk Cafe for the whole night allowing the usual crew a full 30 minute set along with some specials guest. It was a fun show at a venue I had hoped to perform in for the longest time. They do a wicked IPA and the burgers ain’t half bad. I got to play ‘Take The Day Off’ which I recently recorded at Moon Lab Studios for the first time.  I posted some photos of the night below. 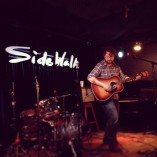 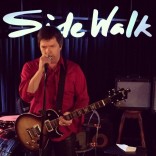