Colin was lucky to chat with Jaime Pond of Anglonerd Magazine recently regarding his comedy and music. If like us, you’re a total anglophile we highly recommend checking out the magazine for yourself (and not just for the interview). It’s filled with everything you miss from Irish & UK television. 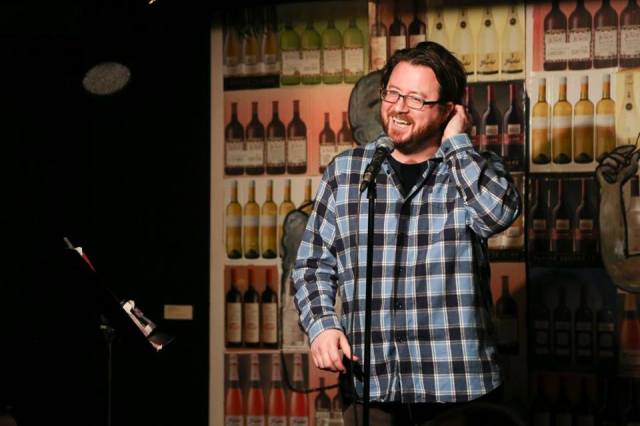 Last month, I visited Irish bar Ryan’s Daughter in New York City to attend the renowned storytelling series Stoops to Nuts, as I sometimes do, and was delighted by the music of indie rock duo Supersmall, whose debut album Silent Moon comes out February 2016. One half of Supersmall is Irish comedian and storyteller Colin Dempsey, who, in addition to delighting us with his tunes, told–for the first time on stage–the story of owning a car from hell that resulted in a broken hand and, in a round about way, broken ribs. After the demon vehicle kept him away from the steering wheel for ten years, Dempsey now drives in his home of New York City, which, he says, is like driving in Mad Max but with drivers who are more reckless.

“There was some anxiety due to writer’s block, not being able to finish a song or three, and a healthy dose of self-doubt here and there.”

We sat down with RJ from Vents Magazine for an interview about our upcoming album Silent Moon. You can read it by clicking HERE.

“There was some anxiety due to writer’s block, not being able to finish a song or three, and a healthy dose of self-doubt here and there.”

We sat down with RJ from Vents Magazine for an interview. You can read it by clicking HERE.

Tim and Richard from Riffraf chatted with me recently on their podcast about Supersmall, promoting our debut EP, This Other World, developing community, favorite places to play and eight things that an indie musician hates to hear. It was a lot of fun talking with these guys and you should also go check out their music magazine www.riffraf.net (think of british Q Magazine in the late 90’s – when it was great). These guys have been very supportive of the band from the beginning and are the classic example of how the indie music community support, survive and strive. I’m incredibly grateful that they took the time to shine some light on our music. They’re also damn fine gents too! 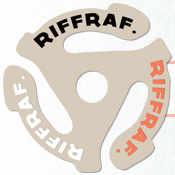 Colin recently chatted with journalist Allie Oliver-Burns of Posemanikin about Supersmall. You can read the interview HERE. Be sure to  check out her own work too!

PopVulture Entertainment Network reached out to us late last year and interviewed us for their magazine’s cover story section. It just recently got posted. You can check out the interview here.

Please click on the link to read an interview we done with Riffraf Music Magazine.