Last Sunday I performed as the other half of So We Are at Innersleeve Records as part of my friend Joe’s book promotion. I’ve driven through the town on my way to Montauk but never had the opportunity to spend any time there. I was meant to stay overnight at Joe’s friend Tim’s place but I had to be back for 10am the following morning. Shame, the break from the city would have been nice. We had a short rehearsal in Tim’s studio and then onto the show itself.

There is something about the resurgence of vinyl stores that give me an overwhelming sense of optimism. Watching people browse the records, talking to the staff and other customers. It makes people appear all that more, well, human. Skimming vinyl is a two handed operation, all phones are put away. Although vinyl was before my time, it still reminds me of the hours I spent pouring over CD’s in record stores around Dublin in the 90’s. Watching bands play live to promote their record, sales, promotions and the whole host of characters you randomly bumped into. Buying music from iTunes is a little soul crushing. I hope the sale of new and secondhand records continue.

The train back to the city was crowded with loud drunk rich kids. It made for some unlikely entertainment, but I bonded with some fellow passengers in our mutual distaste for them. My iPhone was dead so I was out of music but a few gulps of a generous passenger’s whiskey made for some pleasant daydreaming out the window. 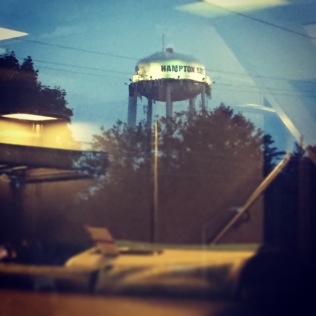 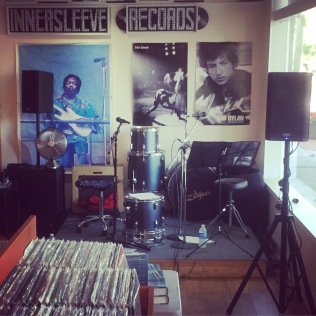