Last Thursday I had one of those lovely “only in New York” days that happen from time to time. I had returned from vacation in Montauk late Wednesday night and I was up early Thursday morning to do a show at the NYU Kimmel Center as part of So We Are for the day’s festivities, The Mind. At 11 am, I think it’s the record for earliest gig ever. Performing at these science events is always fun and interesting, especially being the nerd that I am. Afterwards I returned to my car I had parked in Williamsburg but not before grabbing a late breakfast/early lunch at my all-time favorite noodle place. Seriously, if you are reading this and like joy and happiness, I highly recommend paying it a visit. It’s also one of two places along with The Diamond bar that you will most likely find me in the Greenpoint/Williamsburg area at any given time.

I returned to the city later in the evening as I had a doctor’s appointment near Washington Square, and then a rehearsal in the Lower East Side two hours later for RR. It was such a beautiful day that I decided to walk through the village on my way to the studio to kill some time. Walking down Bleeker Street I heard some thumping grooves coming from The Bitter End. Bass guitar on my shoulder I decided to walk across the street and peer in through the window. There on stage was one of my favorite bass players, Will Lee. Will until recently played with the CBS Orchestra, the house band led by Paul Schaffer for The Late Show with David Letterman. I had seen Will play several times due to generous VIP tickets my mate Jeff got me when he was performing on the show. I didn’t even realize that I was rocking back and forward out on the street to the music. Will looked up and seen me through the window and gave me a big smile and a nod. I wish I could have went in but I had to be across town.

Later, due to “vacation brain” I realized that I got the dates wrong and there was no rehearsal. So I grabbed a quick bite and made my way back across the village to the Four Faced Liar where I knew some musician friends of mine always hang out. Probably due to the beer, I found myself loudly obsessing over a Guild 1964/5 Hoboken built F20 guitar that I almost bought but didn’t. I guess this is my new focus now until I get one, or get over it. After a beer or two I left and made for a quick stop at the Kettle of Fish, in my opinion the best bar in town. It’s nice to walk in to a place no matter after how long and pick up conversations where you had previously left off. In my case it was over a year since I was there and it could have been five minutes ago.

Familiar faces, places and  beautiful weather made a for a perfect day in the city. I don’t have much else to say about it except that there is no other place i’d rather be when the summer weather begins to cool off just a little. I’m not sure why I even wrote this, I guess i’ve been so busy with music and shows that I need to step back sometimes and realize that there are days like Thursday that could easily be forgotten. 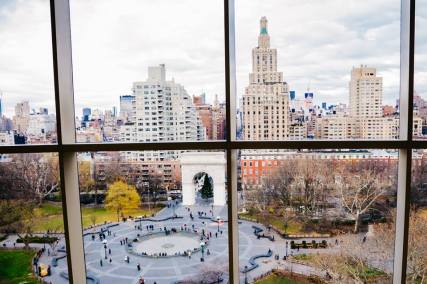