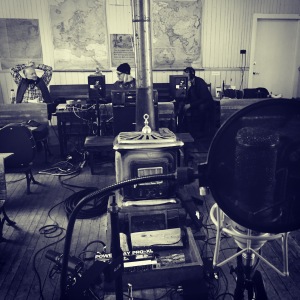 It’s been a busy few weeks. First of all, I was upstate in Long Eddy as part of the Rock Valley Retinue. A bunch of musician friends converted an old school house into a studio and we spent three very productive days putting a record together. It sounds great, I’ll post links to the record once it’s released. Being in the woods with no cell phone or WiFi coverage resulted in something I haven’t experience since 1995…high productivity and an ability to focus on tasks indefinitely. It also inspired me into a writing spree of my own and I’ve been piecing songs together for the next Supersmall record ever since. Maybe it’s time I left my iPhone down from time to time, if not for good.

My friend Orly, an incredible singer-songwriter and her boyfriend Al and I took a little road trip to Philly recently to perform at The World Live Cafe. The last time I was in Philly was for me and Marisa’s one year anniversary. Yeah, that long ago. Nice town, and the food was amazing. More, longer road gigs are on the horizon for Maine and possibly Vermont. Stay tuned. 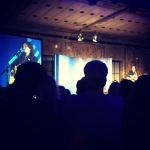 Thanks to my friend Joe I got to see Rosanne Cash be interviewed and then later perform some of her music recently. I’ve been lucky enough to perform on stage with her and meet her a few times since. She’s an inspiration. I highly recommend reading her book Bodies of Water. 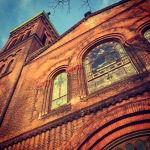 Another fun show I done recently was performing as So We Are with my mate Joe for Atlas Obscura in a church in Williamsburg. I’m a big fan of the odd and unusual and the venue was a perfect setting for a very unique show.

One strange discovery lately was an abandoned aircraft hanger in south Queens. With a day to kill I drove out to Floyd Bennett Field and explored the whole area.It’s an open space on the water that was perfect to sit down and write. The unusual surrounds and tranquility serve for some useful inspiration. Next time I go i’ll do so in the evening so I can watch the city lights.