There used to be a small cafe in my home town that I frequented every Saturday morning. It was small with a few tables but you could buy breakfast or lunch for only three pounds. I don’t even think it had a name. It was hidden from the main street and was generally filled with young people talking excitedly about what they had planned for the rest of the day. I loved going there, it was warm and lively and even back then I knew it would not last. The great places never do. I would sit with my girlfriend or a mate or whomever I was with and chat about whatever had happened the previous Friday night.
One morning I noticed an old man sitting by his own at a table. I can’t remember why but it bugged me. He was in his late fifties, well dressed in a black suit. He had a gold watch and had put considerable attention into styling his hair the way old guys do. He sat there alone and ate his food meticulously with shaky hands. I became obsessed with him. Why was he alone? What did he do? Did he have money or none at all? Was this the highlight of his day or the worst part? Did he dress up just to come to this tiny cafe and sit alone?
My girlfriend and I paid and left. We went about with our weekend but I can’t remember any of it, just the image of that man sitting alone, eating alone. I don’t ever want to be that guy I thought to myself.
Ten years later and 3,000 miles away I was sitting in The Waverly Diner on the corner of 6th Avenue in the west village. New York has a lot of charming diners but the Waverly is not one of them. The clientele always seemed to be angry old people but you could always get a table. I was talking to my friend Michael about his one man show. Michael is an actor who plays Frank McCourt in Teacher Man. He was explaining how he sometimes has to travel outside the city to perform in schools on his own. He told me about his preparation before the performance and the long arduous journey he often takes to new towns when requested.
I thought of that man in the cafe in Dublin all those years ago and how it bothered me. Maybe he was an actor. Most likely not but I started thinking of him again. After I left the Waverly Diner I got the E train home and pulled out a pen and paper. By the time I got to Astoria I had written down most of my idea for a story. After a few weeks I turned it into a short screenplay. To my surprise it later became a finalist in the Manhattan Short Film Festival – All I can see are mistakes when I read it now.
I’ve often wondered what happened that guy. Little does he know he was the inspiration for my story. Maybe he had no one or maybe he just stopped by that day out of the blue. I’ll never know as I’ve never seen him since and I live in New York now. Just one of those little mysteries of life I suppose, like the way the Waverly will always be here but that cafe in my hometown is long since gone.
If you would like to read it please click on either links below.
The Art of Eating Alone
or
Click Here 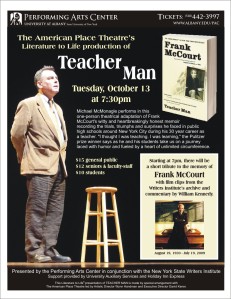 3 thoughts on “The Art of Eating Alone.”