I have recently moved apartments which will explain why I have not posted anything for some time. It is quite stressful even though we moved a mere 4 blocks away. All writing, music and comedy has taken a back seat until today. I am still living from boxes but am currently working on another story and hope to post it in a few days time. 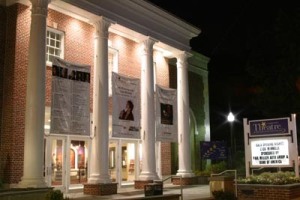 The Community Theater – Morristown, New Jersey.
Besides moving and being creatively dead as of late I performed on a really great show recently at the Community Theater at Mayo Center for the Performing Arts. It was part of Maureen Langan’s new storytelling series SpeakEasy in which comedians and writers get a chance to work on long form storytelling. It took place in the 90 seater Starlight Room to a full house and reignited my enthusiasm for performing (It can be rough out there). Most importantly it was bloody fun! I done a small part of a larger piece I had been working on and it went well. It was personal, serious and funny but most importantly allowed me to talk about Ireland and the frustrations of growing up there. Something I rarely do in clubs. It was a great night with great people and a glimpse of what I should be aiming for. I have started the year with some great shows and I must remember that when I’ve done a bad one.
I have a few music gigs lined up and a lot of writing to catch up on. That screenplay wont write itself you know. All on top of the day job but I’m not complaining, there is nothing else I would rather do.
So stay tuned my 10 – 14 per day regular readers. I will be back shortly.